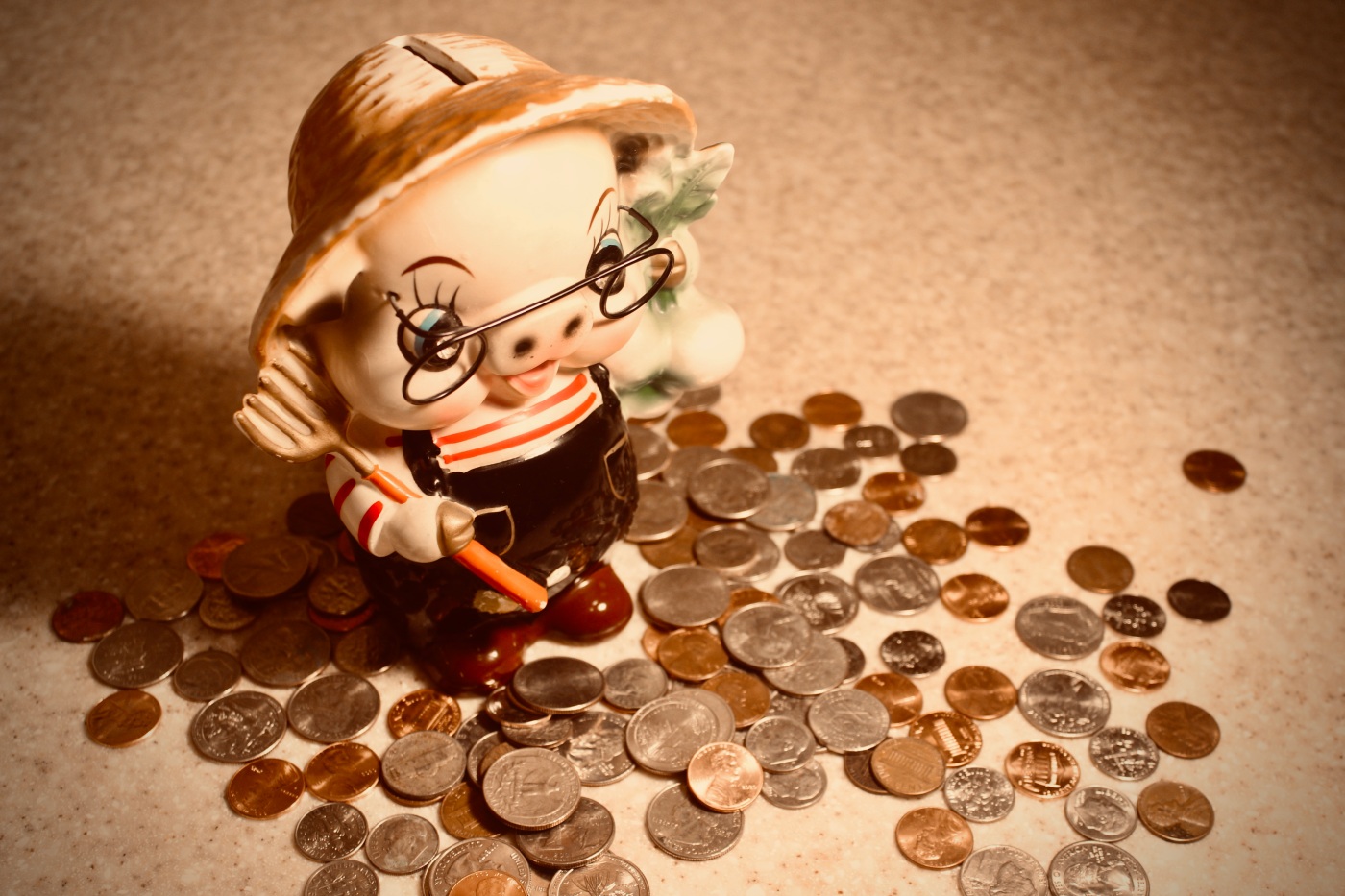 “Assuredly, I say to you that this poor widow has put in more than all those who have given to the treasury.” Mark 12:43b

When you see a penny on the ground, do you pick it up?

Apparently, more than half of Americans stop to grab one, although the percentage is considerably higher for the 55+ crowd than for millennials. Younger souls hold out for larger denominations.1

These days, we hardly pay attention to the coins in our pockets or purses. They get tossed into cupholders of our cars, bowls on our dressers, or charity buckets. Coins and bills may eventually go away—traded in for credit cards, digital dollars, and bitcoin. A bit sad, I think.

I have fond memories of counting coins in my youth. Our bachelor uncle Gene saved his pocket change all year in a “farmer pig” bank (with rhinestone eyes and spectacles), to share with his nieces and nephews. He’d bring out Mr. Pig on Christmas night, and we’d delve into the loot, equally dividing it and packing it up in coin slips to spend later. I still miss this happy ritual.

There’s nothing a penny will buy nowadays by itself. I have a vague recollection of one-cent bubblegum, but that boat sailed a long time ago. Even a penny won’t buy a penny—it costs more for our government to make it than its value.

This skinny little copper coin does seem insignificant. Hold one up, and think for a moment about where it falls in the great scheme of our U.S. economy. When you compare it to our national debt (which will shortly exceed a staggering $28 trillion), a penny is worth less than two quadrillionths of what our government owes. Pretty unfathomable.

What if all you had in life was one penny? Would you give it away?

When Jesus visited the temple in Jerusalem, just before His death on the cross, He stopped for a moment to do some “people watching” at the treasury. As the well-to-do approached and dropped their coins into the tithe boxes, the trumpet-like metal spouts on top of the boxes would resound with clinking, clattering noises. The more “clinks,” the more impressive the amount given—an occasion surely eliciting “oohs and ahhs” from the gathered crowds.

But whom did Jesus single out as an extraordinary donor? A poor widow.

Now Jesus sat opposite the treasury and saw how the people put money into the treasury. And many who were rich put in much. Then one poor widow came and threw in two mites [tiny copper coins], which make a quadrans [a Roman “penny”]. So He called His disciples to Himself and said to them, “Assuredly, I say to you that this poor widow has put in more than all those who have given to the treasury; for they all put in out of their abundance, but she out of her poverty put in all that she had, her whole livelihood.” (Mark 12:41-44)

One penny was all that she had. Her whole livelihood. Everything.

This, the most famous donation in all of history, stands out because of its value—it represented one woman’s complete sacrifice of her monetary resources. She gave so little, but because of her extreme poverty, it might as well have been a billion pounds of gold.

Jesus shares her example with His disciples because He will soon follow the widow’s lead in His journey to the cross—giving everything He has, His entire life, for us. He identifies with her sacrifice.

It’s a challenge that hits us today in our own pocketbooks. Everything we have comes from God and belongs to Him; He asks us to give only a tenth for His church and kingdom work. It’s our obligation and privilege. At some point, though, our giving becomes truly sacred when it becomes sacrificial.

Jesus doesn’t care about the amount. He is bigger than pennies. He’s the One who took five loaves of bread and two fish and fed five thousand men. He multiplies our little coins, our little efforts, our feeble little gifts…and turns them into extraordinary results.

And read the words just over Mr. Lincoln’s hairline…“In God We Trust.” Trust Him with everything you have, just as the widow did with her one and only penny.

O Jesus, our Redeemer and King, all that we have is Yours. Show us how to be more sacrificial and loving in our gifts. Remind us of Your supreme gift of love for us, and use our efforts for Your kingdom and glory. In Your name, Amen.

3 thoughts on “The Privileged Life: The Value of a Penny”