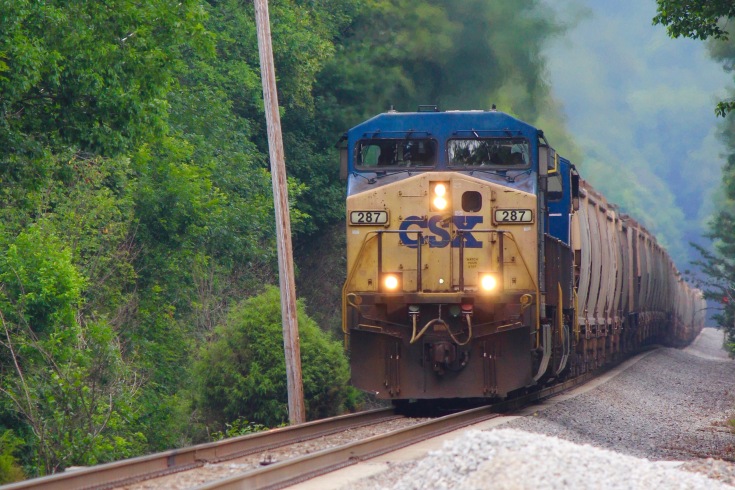 “And when the blast of the trumpet sounded long and became louder and louder, Moses spoke, and God answered him by voice.” Exodus 19:19

“For the Lord Himself will descend from heaven with a shout, with the voice of an archangel, and with the trumpet of God. And the dead in Christ will rise first.” 1 Thessalonians 4:16

We live not far from some railroad tracks. This morning as I awoke in pre-dawn light, I could hear the engineer of a freight train blowing the horn at a distant road intersection, the sound echoing through the mountainsides and tunnels.

It’s such a pleasant call…and while it doesn’t have the same charm of the old steam whistles of yesteryear, still it tells me that someone is out there working, hauling all kinds of stuff to keep our economy chugging along.

But it’s a warning, too. God help the motorists who foolishly disregard the train’s blast and attempt to beat it across the tracks. Too many of them don’t make it.

In Scripture, our Lord’s arrival is often characterized by the blast of a trumpet. This isn’t some friendly little beep but a portentous sign that Someone way bigger than us is about to make His presence known. When Christ comes again, the resounding trumpet will send us all to our knees—with a long-awaited call to worship for those who know Him, or with dire judgment to those who have refused Him.

Today, though, it’s enough for me to just to hear the train “whistle” as it passes by…a sign that all is still at work in this world. We haven’t reached our judgment day yet. We still have time to serve Christ, grow closer to Him, feed on His word.

There’s still time for those who don’t know Him to be introduced to Him…and to jump on His train, bound for glory. What a ride that will be!

Jesus, Lord and Savior, we await Your return. Remind us daily that You are in charge of our lives and that we were created for Your glory. Call us to serve You in whatever we’re doing, whatever road we’re on. Give us courage to invite others to join us in worshipping You. In Your powerful name, O Jesus, Amen.